To share your memory on the wall of James Griffin, sign in using one of the following options:

Provide comfort for the family by sending flowers or planting a tree in memory of James Griffin.

Provide comfort for the family of James Griffin with a meaningful gesture of sympathy.

The youngest of four children, James developed a love of sports at an early age. As early as 18 months, he was fascinated by the game of football and would practice his three point stance. Later he learned how to tackle his brothers and quickly became adept at holding his own in backyard games. James started playing team football as an eight year old in the Junior Football League. He continued to play throughout middle school and high school and was proud of his participation in Derby High School’s long-standing football tradition. Following high school, he remained an avid fan of football and other sports. His favorite teams included the Kansas City Chiefs, the KU Jayhawks basketball team, and the Kansas City Royals.

Percussion was a bond James shared with his brothers Bennett and Brian - much to the delight of their parents, and dismay of their sister Katie. Following in his older brothers’ footsteps, James played on the drumline in marching band while in high school and at KU and later used his talent to serve on the praise team for a time at his church.

James enjoyed helping people. After recuperating from an illness, he was inspired to pursue a degree in the Physical Therapist Assistant program at Hutchinson Community College. It was his goal to use his education and personal experience to help others on their road to physical recovery.

Most notably, James will be remembered for his love of family. He was always willing to lend a helping hand or listening ear whenever it was needed. From doing yard work, to painting, to helping with a move, he graciously assisted his parents, siblings, and others however he could. On numerous occasions, James worked with his father and brothers at company trade shows, contributing his skills and friendly nature to the advantage of the business. As a devoted uncle, he joyfully attended his nieces’ and nephews’ sporting events, dance recitals, and choir concerts, celebrating their accomplishments with pride. Likewise, James was admired by his nieces and nephews, who always looked forward to family gatherings where their Uncle James would be present. 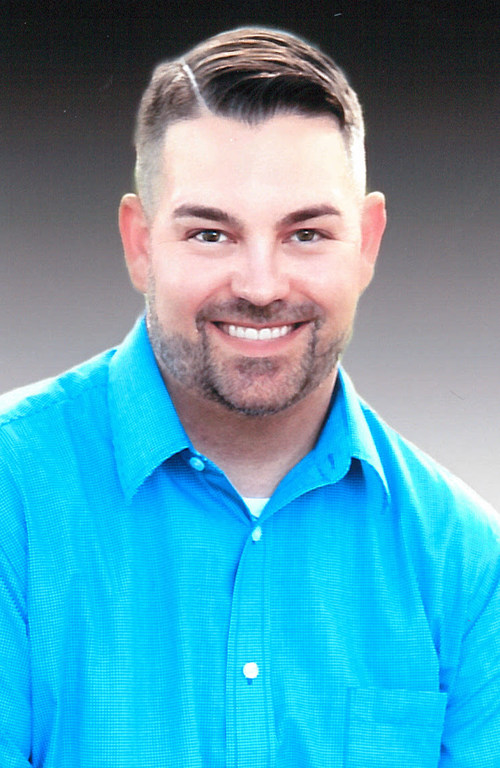 Mark Werbin, Melanie & Karsten with Johanna & Luisa, and other have sent flowers to the family of James Standley Griffin.
Show you care by sending flowers
Hand delivered by a local florist

Mark Werbin, Melanie & Karsten with Johanna & Luisa, and other have sent flowers to the family of James Standley Griffin.
Show you care by sending flowers
Hand delivered by a local florist
DS

Having helped coach James in football all four years of high school, I had the highest regard for him. He was kind and caring to all, he was a positive leader, and a fine player. I am saddened that his time with us was so short. I will always remember him with great fondness and respect.

So sorry for your loss, James was a great man and will be sorely missed

Mark Werbin purchased flowers for the family of James Griffin.
Order Now | Show All
Comment | Share Posted Jul 06, 2020 at 08:26am via Floral Arrangements

Benny and Family,
Our hearts are aching for you loss. James was so kind, caring and friendly and always had a smile on his face when he walked through the salon doors. I loved hearing his stories about his family, you could tell how big of a heart he had and how proud he was of his family members. Our hearts go out to you in your time of sorrow, know that you all are in all of our thoughts and prayers!
Rachel, Kim and the girls at New Dimensions Hair Designs
Comment | Share Posted Jul 06, 2020 at 08:13am via Condolence
HS

We are thinking of you and praying for you all in this time of grief.

Flowers were purchased for the family of James Griffin.
Order Now | Show All
Comment | Share Posted Jul 05, 2020 at 09:55pm via Floral Arrangements
LG

In this sorrowful time, we pray our Lord will give you and your family comfort and peace. Our deepest condolences.
Sincerely, Mike and Linda Grady
Comment | Share Posted Jul 04, 2020 at 05:12pm via Condolence