To share your memory on the wall of Bland Rice, sign in using one of the following options:

Provide comfort for the family by sending flowers or planting a tree in memory of Bland Rice.

Provide comfort for the family of Bland Rice with a meaningful gesture of sympathy.

He lived in Campbell, MO until age 5, when the family moved to West Covina, CA. He graduated from Edgewood High School in 1970. After graduation he entered the US Army and served as a Medic in Germany from 1970-1973. After discharge from the Army he returned home to the Los Angeles area.

After discharge from active duty in 1980, he moved to Emporia, Kansas, where he studied nursing at Newman Hospital School of Nursing, graduating in 1983 as a Registered Nurse. He worked at a number of facilities in the Topeka area, including the VA hospital until he had to medically retire from nursing for health reasons.

He was preceded in death by his father Ned Nation Rice.

Cremation is planned. A memorial service will be held at a later date. Contributions can be made to the Homeless Veterans Fund through the local VA hospital or to the local Humane Society.

Receive notifications about information and event scheduling for Bland Rice 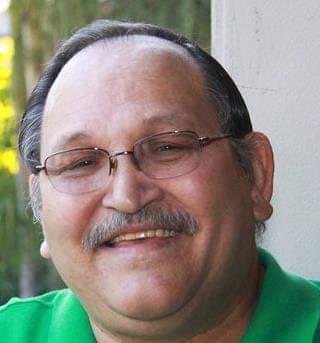 We encourage you to share any memorable photos or stories about Bland Rice. All tributes placed on and purchased through this memorial website will remain on in perpetuity for generations.

Sending my sincere sympathy to your family and friends. I read the obituary and wonderful duty as a medic in the military and then obtained Registered Nursing degree. Outstanding! Graduates of
Edgewood High School are proud of our classmates. Bland Rice will be remembered and honored. May the Lord comfort you for your loss.
Comment | Share Posted Oct 14, 2020 at 07:33pm via Condolence
RK