To share your memory on the wall of Robert "Bob" Knudson, sign in using one of the following options:

Provide comfort for the family by sending flowers or planting a tree in memory of Robert "Bob" Knudson.

Provide comfort for the family of Robert "Bob" Knudson with a meaningful gesture of sympathy.

Bob owned and operated House of Shoes in Belleville, Kansas for 32 years, and later retired after serving seven years as City Manager for the City of Belleville. During his time as City Manager, Bob served on the board of directors for the Nebraska Public Power District, was Chairman of the Nebraska Public Gas Agency, was a representative for the National Public Gas Agency in Washington D.C., and served on the board of directors for the American Public Gas Agency. Bob was very active in his grandchildren’s lives, and attending their sporting events, presentations, and school functions was an important part of his life. Bob also enjoyed spending free time golfing, sailing and fishing with his companion Judy Carlson and friends.

Memorial contributions may be made to Victory in the Valley, 3755 E. Douglas Ave., Wichita, Kansas 67218. 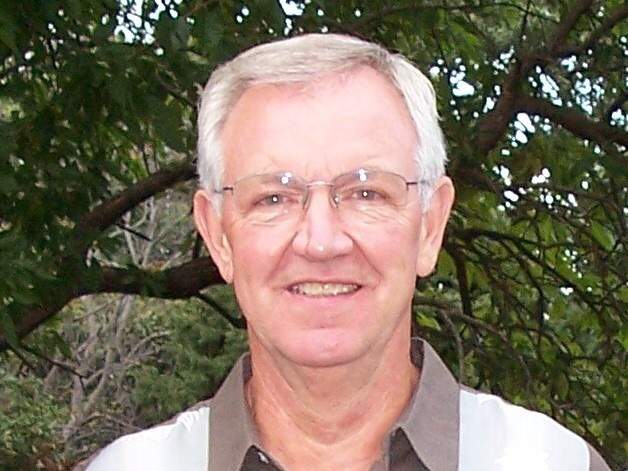 We encourage you to share any memorable photos or stories about Robert "Bob" Knudson. All tributes placed on and purchased through this memorial website will remain on in perpetuity for generations.

On this veterans day I looked up Bob to check in from afar. I don't do it every veterans day but for some reason I did it today. Bob and I were never in contact after our time in the service. I was Bob's roommate during his tour in Vietnam at both Pleiku and Danang. We were both Air Traffic Controllers in the same facilities, Peacock and Panama ATRC's. You should be very proud of his service to his country. In the face of rockets, mortars and gunshots Bob performed his job with distinction at what were some of the busiest airports in the world at the time. I am very sorry to read of his passing.
Comment | Share Posted Nov 11, 2019 at 11:24am via Condolence
PH

My heart is breaking for all of you. So very sorry for your loss. May God surround you with his love and comfort. Ben Palmer
Comment | Share Posted Jun 12, 2019 at 02:04pm via Condolence
HA

Caring thoughts we surround you BJ , Paige and your dear families. So sorry for your loss. We have many wonderful memories etched in our hearts.

You were such a wonderful person, Bob, and we are so happy to have known you. We will miss you dearly. Linda and John Shostak
Comment | Share Posted Jun 10, 2019 at 07:19pm via Condolence