To share your memory on the wall of John Duane Hammans, sign in using one of the following options:

Provide comfort for the family of John Duane Hammans with a meaningful gesture of sympathy.

We encourage you to share your most beloved memories of John Duane Hammans here, so that the family and other loved ones can always see it. You can upload cherished photographs, or share your favorite stories, and can even comment on those shared by others.

Posted May 14, 2020 at 01:22pm
John will be greatly missed. I will miss seeing him as I walk around the veterans home. Hearing him say oh no she's doing nothing again. I had a special bond with him . Linda thanks for sharing your wonderful husband with us. It was wonderful getting to know him . Your family will be in my prayers. There will be no one that can fill his shoes ever. Big hugs to you and your family.
Comment Share
Share via: 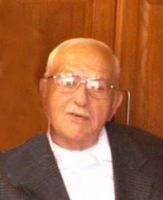