To share your memory on the wall of John Beardslee, sign in using one of the following options:

Provide comfort for the family by sending flowers or planting a tree in memory of John Beardslee.

Provide comfort for the family of John Beardslee with a meaningful gesture of sympathy.

He was 74 years young at his passing. John was a handsome devil with his ... Read More
Rose Hill - Beardslee, John Farrel Jr
died peacefully in the home he built. He died on September 1, 2019 due to advanced aggressive Stage IV melanoma cancer.

He was 74 years young at his passing. John was a handsome devil with his dark curly hair, bright red beard and a twinkle in his eye. He was young at heart and had a wicked sense of humor. John was the kind of man who would help any and all with whatever was needed regardless of the task. John is much loved and admired by not only his family, but a host of friends across the country. The world was definitely a better place with him in it and we will all feel our loss.

John was born on August 26, 1945 to John F. Beardslee Sr. and Barbara Nan Beardslee. He attended South High School where he was admittedly not the best of students. John was a track and field athlete, holding the school record for the low hurdles and mile relay for many years. He graduated in 1963.

After high school, John married his high school sweetheart, next door neighbor and love of his life, Sharon K. Beardslee (Lawrence). They remain married to this day – 55.5 years later.

John then joined the United States Army and was a paratrooper for the 82nd Airborne from 1963-1966. Between 1965 and 1970, John and Sharon had three children: Rebecca Lynn, Johanna Sue and Lisa Jeannette Beardslee. Shortly after his time in military service, John went to work for Sperry Avionics (Honeywell). He worked for this company for nearly 40 years.

During his life, John had numerous and varied hobbies ranging from silversmithing to wood working to collecting ALL the things (and we mean ALL the things) to driving his bright yellow truck, but his real passions were fishing, bow hunting and skeet shooting. John committed to his outdoor endeavors whenever possible and often did so with his brothers, Bob and Tom Beardslee, who were also his best friends.

John was not an ordinary outdoorsman. He was exceptional and excelled in all disciplines. John won numerous awards for his outdoors skills. As a skeet shooter, he shot in the AA/AAA classes winning numerous state record holding awards in Kansas and Oklahoma as well as zone and world level awards including a world champion skeet shooting award for the five man team.

Pursuant to the request of the deceased, there will be no funeral services.

A memorial has been established in John’s name with the Youth Division of the OKCGC. Address for donations is as follows: John F. Beardslee Jr. Memorial Fund OKCGC Youth Division, P. O. Box 32043, Edmond, Oklahoma 73003.

Receive notifications about information and event scheduling for John Beardslee 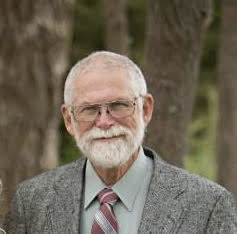 We encourage you to share any memorable photos or stories about John Beardslee. All tributes placed on and purchased through this memorial website will remain on in perpetuity for generations.

Glenn, Dave Bridge, and others have sent flowers to the family of John Beardslee.
Show you care by sending flowers
Hand delivered by a local florist

Glenn, Dave Bridge, and others have sent flowers to the family of John Beardslee.
Show you care by sending flowers
Hand delivered by a local florist
DH

Dan Hardesty
Shocked to hear that john passed. I just got the news from Ark Valley news letter. I moved to Texas after retiring and lost contact with fellow skeet shooters. John and I spent a lot of time at the gun club and I am so sadden heading of his passing. Life is short you need to enjoy it, I konw John did. Rest in pease see you on the other side.

Rest John, until you hear at dawn,
the low, clear reveille of God.

Jim Dean
I was saddened to hear of John's passing. I enjoyed shooting skeet and exchanging stories with him at Ark Valley. I considered John a good man and a good friend.
Comment | Share Posted Sep 06, 2019 at 11:10am via Condolence
VJ

John was the nicest man (as many skeet shooters are). A few years ago he spent a Saturday morning with me at Ark Valley Gun Club helping me improve my skeet shooting. When I figured out what worked, he had me write it down on an index card he provided. He made a difference.

The last time I saw John was at Ark Valley. I shot with him. He was amazed that I still had the index card and that I was a much improved skeet shooter. His effort did pay off.

My sympathies are with John's family and friends. I know he will be missed. I also know that he left a large legacy with his family and all the activities in which he was involved.
Comment | Share Posted Sep 05, 2019 at 11:21pm via Condolence
MS

I know John will be sorely missed. The video personifies a man who loved life and family. My prayers are with you all. I am so sorry for your loss.
Comment | Share Posted Sep 05, 2019 at 09:26am via Condolence