To share your memory on the wall of Helen Louise Finley, sign in using one of the following options:

Provide comfort for the family by sending flowers or planting a tree in memory of Helen Louise Finley.

Provide comfort for the family of Helen Louise Finley with a meaningful gesture of sympathy.

On December 10, 1942 Helen Louise Orfield was born in Allerton, Iowa at the home of her father’s mother Annie Orfield. Having been born on her Aunt Helen’s birthday she was given her name.
Helen was the fourth child of Edna May and Floyd ... Read More
On December 10, 1942 Helen Louise Orfield was born in Allerton, Iowa at the home of her father’s mother Annie Orfield. Having been born on her Aunt Helen’s birthday she was given her name.
Helen was the fourth child of Edna May and Floyd Oscar Orfield and they would go on to have a total of 15 children; Alta, Annie, Arlene, Helen, Elaine, June, Joyce, Joy, Flo, Dwayne, Jerry, Darwin, Mark, Debbie and Oscar. Helen is survived by 12 of these siblings with Elaine and Darwin predeceasing her. With so many children Edna May had to have help and Helen fondly remembers Arlene being a second mom to her. These siblings continue to have a reunion on the same weekend every year in Iowa and it is wonderful to see the family reconnect again and again. Helen loved attending these reunions.
Floyd was employed by Paul Mears who owned farms on which the Orfield family lived and worked. Helen remembered her chores including laundry, cooking, canning, cutting weeds out of the bean and corn crops, milking the cows, feeding the cows and feeding the pigs. She was a hardworking kid!
Helen has a memory of being a child when many, if not all of the children, had chicken pox and measles at the same time. Her mother’s mother came by train and stayed a long time to help care for the children. They made a bed for Helen in the kitchen with a curtain around it and she remembers the special treat of being given warm milk at bedtime and receiving extra attention from Mom making it a special time.
She also recalled having one of the first TVs so the neighbors would come over to watch “Friday night fights”.
The winters in Iowa can be harsh and Helen remembered a snow so deep they had to leave the house from the second floor to feed the animals. Also during winter when the river froze Floyd would use a chainsaw to make holes in the ice and sharpen spears for the kids. They would stomp on the ice and spear the fish that swam under the open holes.
When it got warmer it was Helen’s favorite time of the year, 4th of July. She said her father would go to Missouri and buy plenty of fireworks and her mom would make taffy and the kids would spend the evening pulling taffy with the neighbor kids.
Helen attended school at Bagley, Cooper and Jefferson. She remembers the one room country school having a potbellied stove on which the class cooked their dinners. At Jefferson High School Helen played basketball for two years and was a cheerleader. For one of those years her sister Arlene played on the same team. It was when she was in 8th grade at Bagley that Helen asked Lynn to take her to the prom. Lynn had to first get the okay from her Dad Floyd and he agreed. Lynn also took her to his junior and senior prom driving his 1949 Ford and in her words “We had a blast”.
Lynn and Helen like to roller skate but they didn’t just roller skate they danced as a couple on skates and it was a beautiful and romantic sight to behold.
Helen had two jobs during high school; A&W as a carhop and at the movie theater where she sold tickets and concessions. Two of Helen’s favorite movies were Bambi and Elvis Presley’s GI Blues. She graduated in 1961 with a graduating class numbering 22.
Not long after her high school graduation, on June 18, 1961 Helen was married to Lynn Milo Finley at the Central Christian Church in Jefferson, Iowa. They spent the first year of marriage living in Oceanside California. Lynn was in the Navy and stationed with the Marines as a hospital corpsman at Camp Pendleton, CA. In May of 1962 their first child Richard was born. Shortly thereafter the family of three returned to Iowa where in 1964 their second child Glenda was born. Finally in 1966 the family of four moved to Wichita for the job opportunities at Cessna and Boeing. Helen was a sheet metal assembler and an inspector at Cessna Aircraft. In 1973 their third child Boyd was born and now they were a completed family of five.
Helen and Lynn belonged to the Eastern Star and Shrine. They enjoyed the CSA gatherings, the dances, camping with that group, taking part in parades and clowning. Not clowning around, they were actually clowns!
Around 2002 Lynn and Helen retired from Cessna Aircraft with Lynn having worked their 37 years as mechanic and a manager and Helen for 33 years as a sheet metal assembler and inspector.
After Lynn passed away in October of 2017 Helen was still with us, but several times she expressed a desire to be with Lynn again. After a fall and declining health Helen moved to Golden Boomer’s, an assisted living home, where she spent the last year of her life. We are comforted knowing Mom and Dad are once again together and “Dancing in Heaven”.
Helen was preceded in death by her parents, sister Elaine, brother Darwin, granddaughter Zerena and great-granddaughter Kallie. Helen is survived by son Richard (LaVeda) Finley, daughter Glenda (Tim) Atwell, son Boyd (Amy) Finley, sister-in-law Verlee (Ronald) Mathis, grandchildren; David, Christopher (Shanna), Michelle, Zach, Zavry (Kelsey), Zara; great grandchildren, Alexis, Logan and Madison. 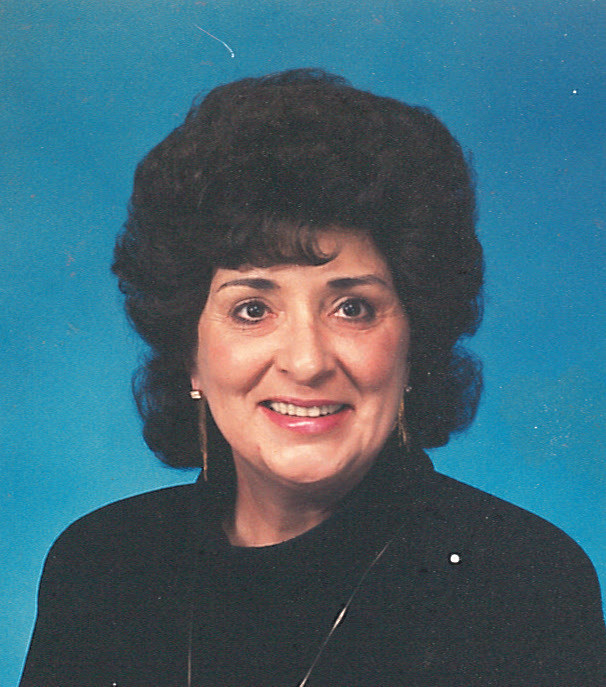 We encourage you to share any memorable photos or stories about Helen Louise Finley. All tributes placed on and purchased through this memorial website will remain on in perpetuity for generations.

Sorry for your Loss. Thoughts and Prayers for you and your family.
-Brent & Sara Wallace
Comment | Share Posted Apr 27, 2020 at 01:42pm via Condolence
DM

We were so sorry to hear of Helen's passing. We have fond memories of times with her and Lynn when they were first married, visited them once in Wichita, and exchanged letters with her over the last couple of years. Our thoughts and prayers are with you all. Darrel (Lynn's cousin) & Linda Millard
Comment | Share Posted Apr 25, 2020 at 04:18pm via Condolence
AR

In loving memory of Helen Finley. May the tree grow to be as beautiful as your heart was.

We will miss your funny ways but have many fond memories.

God bless you and Helen I haven’t seen you in quite a few years but my dad bud always talked about you a lot and finally now that you’re with Lynn and you can be happy and look down on your children say hi to my mom and grandpa and grandma to God bless you
Comment | Share Posted Apr 24, 2020 at 09:36pm via Condolence