Obituary for Edward A. Pitcher, Jr 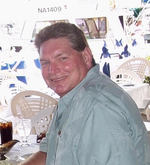 A memorial service will be held at a later date.

Edward attended Campus High School, where he was an athlete in football as a Defensive Guard. He retired as a fabrication supervisor from Spirit AeroSystems.

He was preceded in death by his parents, Edward A. and Betty Jo Pitcher.