To share your memory on the wall of Donald Logsdon, sign in using one of the following options:

Provide comfort for the family by sending flowers or planting a tree in memory of Donald Logsdon.

Provide comfort for the family of Donald Logsdon with a meaningful gesture of sympathy.

While attending services masks and social distancing is required. Funeral Service will be held at 2:00 pm Tuesday, November 17, 2020 at Smith Family Mortuary in Derby, KS. Visitation will be held from 5:00 pm to 7:00 pm Monday, November 16, 2020 with the family present to greet friends.

In lieu of flowers and plants memorial contribution may be made to the Kansas Veterans Home in Winfield, KS 1220 WWII Memorial Drive Winfield, KS 67156-5516I Or Good Shepherd Hospice 1323 N. A Street Wellington, Kansas 67152.

Receive notifications about information and event scheduling for Donald 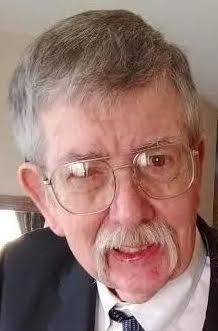 We encourage you to share any memorable photos or stories about Donald. All tributes placed on and purchased through this memorial website will remain on in perpetuity for generations.

My condolences' to Debbie and Dons family. at one point in time i worked for Don. I always got good reviews from Don. He told me one time. " you have no tolerance for incompetence" I said thank you. He said that is not what I meant. we had a lot of fun with that statement.
Comment | Share Posted Nov 16, 2020 at 07:59pm via Condolence
HS

I remember Don from Boeing many years ago. He was one of the good guys, always smiling. Godspeed Don, and thank you for sharing a part of your life with us. My sympathies to Don's family, friends and loved ones.
Comment | Share Posted Nov 14, 2020 at 05:30pm via Condolence
HS

Rest Donald, until you hear at dawn,
the low, clear reveille of God.

Thank you for your service to this nation. U.S. Army.