To share your memory on the wall of Dennis Gilbert, sign in using one of the following options:

Provide comfort for the family by sending flowers or planting a tree in memory of Dennis Gilbert.

Provide comfort for the family of Dennis Gilbert with a meaningful gesture of sympathy.

Receive notifications about information and event scheduling for Dennis 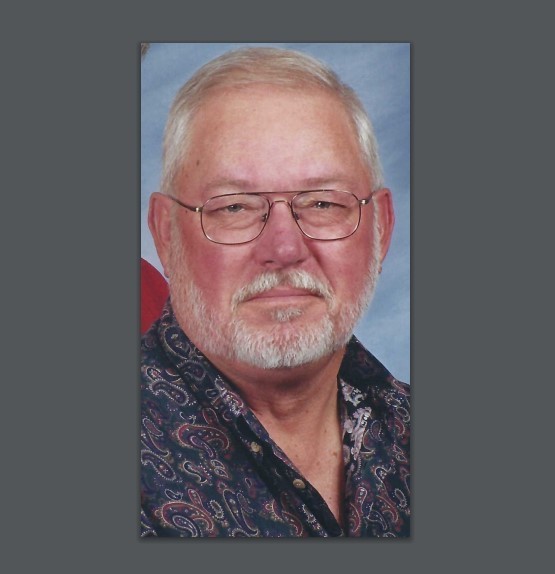 We encourage you to share any memorable photos or stories about Dennis. All tributes placed on and purchased through this memorial website will remain on in perpetuity for generations.

With Love, Jon & Nadia and Sean & Maureen Sander sent flowers to the family of Dennis Franklin Gilbert.
Show you care by sending flowers
Hand delivered by a local florist

With Love, Jon & Nadia and Sean & Maureen Sander sent flowers to the family of Dennis Franklin Gilbert.
Show you care by sending flowers
Hand delivered by a local florist
RJ

Sending our deepest condolences during this difficult time. May your Grandpa rest in peace! You have gained a guardian angel.

Rest Dennis, until you hear at dawn,
the low, clear reveille of God.

Thank you for your service to this nation. Kansas National Guard.
Comment | Share Posted Oct 25, 2020 at 01:06pm via Condolence
MC

My deepest and most heartfelt condolences to Ranita, Shawn, Scott, Don, David, and Debbie, and all the other members of the extended family of my long-time friend Dennis Gilbert.
Dennis and I first met in All Saints Catholic grade school in Wichita when we were six years old, and knew each other very well throughout Derby high school, playing sports, chasing the girls, hunting and fishing, and driving the wheels off of our old cars. We shared countless memories together of growing up and we formed strong bonds together and with some of our other friends that will never be forgotten. And to this day, all of those memories were great (and even a bit reckless!). As one of my longest life-long friends, I was very fond of him and his family and we frequently went to the homes of each other just like they were our own. I knew his father Franklin Oscar and Eileen quite well, and remember tickling his little sister Debbie as she sat on my knee. I was treated like a member of his family and loved them all, and as a high school kid I once even dated his first wife Ginger before Dennis did.
We were separated by geography and the commitments of our work for most of our adult life, but we were never separated in heart and soul. We liked many of the same things and hobbies, were both Catholics and 4th degree Knights of Columbus, and were politically lock-step in our patriotic convictions. Although we didn’t get to see each other often, when we spoke on the telephone it was just like talking again from yesterday. Dennis was still geographically close enough to Derby to attend most of the High School class reunions, but the few that I had the chance to attend were filled with fun, eating, lots of drinking, and reliving the best of fun memories of our friends and experiences. And Dennis was always fun; we said often that we both felt just like we were brothers.
I loved Dennis. Other than my own family and one other friend that I knew all my life almost from infancy, Dennis was my longest “old friend” and I’ll miss him dearly.
May God watch over Dennis and bless all his friends and wonderful family, and may they find great comfort that his long ordeal of his declining health is over.
Rest in peace Dennis, knowing that you were a great friend and a good and generous man.
Martin Conyac

Thoughts and prayers for the families. With Love, Jon & Nadia

Our deepest condolences to all the Gilbert family. We will miss him so much. Love, Theresa and Steve Myers

Flowers were purchased and a memorial tree planted for the family of Dennis Gilbert.
Order Now | Show All
Comment | Share Posted Oct 24, 2020 at 04:04pm via Floral Arrangements