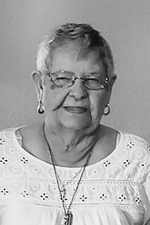 Connie enjoyed sewing in her younger years, bowling with the ladies, and collecting antiques. She loved spending time with her family, especially her grandchildren.

A Celebration of Life service will be held at a later date.