To share your memory on the wall of Carolyn Lekan, sign in using one of the following options:

Provide comfort for the family by sending flowers or planting a tree in memory of Carolyn Lekan.

Provide comfort for the family of Carolyn Lekan with a meaningful gesture of sympathy.

Derby- Carolyn Lee Lekan,
81, of Derby passed way on August 28, 2020. There will be a graveside service at a date yet to be determined.

Carolyn was born to Frank and Florence (Erickson) Eckert on July 8, 1939 in Sioux City, Iowa. ... Read More
Derby- Carolyn Lee Lekan,
81, of Derby passed way on August 28, 2020. There will be a graveside service at a date yet to be determined.

Carolyn was born to Frank and Florence (Erickson) Eckert on July 8, 1939 in Sioux City, Iowa. Carol graduated from high
school in Sioux City, and eventually would meet Richard, who was enlisted in the U.S. Air Force. Before long they would wed and embark on a career as a military family, with the births of her 3 sons, Rodney, Steve, and Todd. She enjoyed travel, so the many moves throughout the U.S. and all over the world were more often than not, enjoyable and like an adventure. Being stationed in Japan, the Philippines, Iceland and Turkey (not to mention the many countries visited) during this period, would prove that point.

Carol returned to civilian life when Richard retired from the Air Force. They settled down with their 3 sons in Wichita, Kansas
for a short period of time before buying a new home and moving to Derby, Ks. As her sons graduated from high school and started their own lives, Carol would have time to do things such as work at Cessna, do some studying to become a veterinarian, and eventually simply enjoy time to garden, mow the yard and keep her pets throughout the years company.
Eventually Carol and Rich had a home built in southern Kansas with a good chunk of land near Moline, Ks. They would have their own little ranch with several miniature horses, a full sized one, and a crazy young bull. As life went
on, they would eventually move back into town and her and Rich would continue being grandparents, which they enjoyed as much as possible, till’ they both left us to be reunited with loved ones that have passed and to be in that peaceful place with our father the lord.

Her grandchildren Emmy in Lawrence, Ks., and Chase and Jordan of Wichita, Ks. She was also a great aunt to many, from Sioux City, Ia., Minnesota, South Dakota,Texas, Washington State, and Arizona.

Carolyn will be at Smith Mortuary in Derby, Ks. till a graveside service date has been determined.

Receive notifications about information and event scheduling for Carolyn 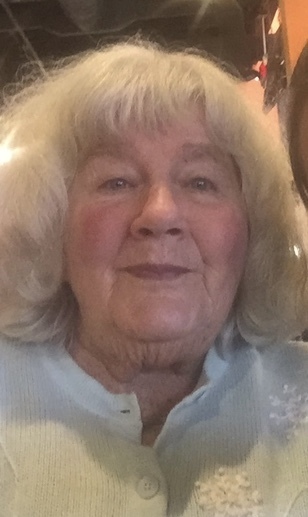 We encourage you to share any memorable photos or stories about Carolyn. All tributes placed on and purchased through this memorial website will remain on in perpetuity for generations.

I met Carol when we were stationed at Grand Forks AFB and her husband and mine worked together. We became Red Cross Volunteers at the schools on base. RIP
Comment | Share Posted Sep 03, 2020 at 08:22pm via Condolence